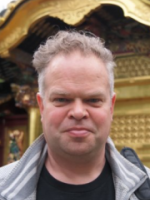 Earlier this year I had the great opportunity to visit Tokyo and Sakai Lab. of the Department of Intermedia Art and Science at Waseda University. Thanks to an earlier JSPS scholarship I previously had the opportunity to visit the Internaonal Research Center for Japanese Studies (Nichibunken) in Kyoto to conduct research on the project "The Visual Communicaon of Early Modern Japan", under the guidance of Prof. Kazuhiko Kasaya. This will result in an article for the Japan Review and a monograph entitled "Det japanska slottet" (The Japanese Castle). The previous stays have also resulted in the ongoing university course "Japans konst, arkitektur och visuella kultur" (Japanese Art, Architecture and Visual Culture) at Uppsala University.

The last few years I have also worked with the research project "The Virtual Museum at the Royal Palace, 1795- 1866", which is aiming at a digital 3D reconstruction of the historical art galleries of the Royal Palace in Stockholm. This is a joint project with my colleague Prof. Per Widén, Prof. Masaki Hayashi and Prof. Steven Bachelder at the Department of Game Design at Uppsala University. A pilot study was presented at the Uppsala University-Tokyo Tech Symposium in Tokyo in November 2017, which resulted in new input and future collaboration with Assoc. Prof. Shoichi Hasegawa, Prof. Itsuo Kumazawa, and Prof. Masayuki Nakajima at the Tokyo Institute of Technology.

Thus this stay had a threefold purpose: to conclude the research on early modern Japanese architecture; to enrich the university course on Japanese visual culture; and last but not least to develop research questions, methods and user interfaces for the virtual museum project.

Even though Tokyo has lost many of its historical buildings, there are many smaller buildings preserved which can function as important sources for our understanding of architecture as a visual tool in the Momoyama and Edo Periods in Japan. Daimyo portals as Akamon and Ikedamon in Ueno and several smaller temples and shrines give us a good picture of the strictly hierarchical system of early modern Japan and of what image the patron wanted to display. Ueno Toshogu Shrine is another little gem and a fine example of the architecture that the Tokugawa regime erected for the remembrance of Tokugawa Ieyasu, all built in Chinese style, covered with gold leaves and with the recurring Tokugawa emblem (mon in Japanese) with the famous triple hollyhocks.

Thanks to the generous support of JSPS, I was also offered the possibility to visit several places in central Japan, for example to study one of the twelve original castle keeps, Matsumoto Castle, also called Crow Castle (Karasu-jō inJapanese) due to its black color. This keep (tenshukaku in Japanese) is also one of the earliest, probably finished already by 1594 under the Tokugawa-loyal Ishikawa lords, and later restored to its original grandeur in the Meiji and Showa periods.

Finally, the Virtual Museum, which is an immersive digital 3D version of an art gallery, developed as a tool for understanding historical museums and the display of paintings in different locations. So far, we have carried out a pilot study of one wall in the Royal Palace in Stockholm and it is our aim to scale up the project to encompass the entire gallery. This work raises several questions, both concerning how to best present the content, and about technical solutions and user interfaces. As a pioneer in computer graphics and a previous guest professor at Uppsala University, Prof.Shigekazu Sakai has been an important mentor for thisproject and the discussions and research exchange with him and his colleagues at Sakai Lab. of Waseda University was very fruitful.

This research trip to Japan of course provided me with opportunies to experience more than the regular research exchange, such as excellent food, fantastic nature with deep powder snow, and a night at the Ryōgoku Kokugikan in Sumida with the most noble of martial arts, sumō. 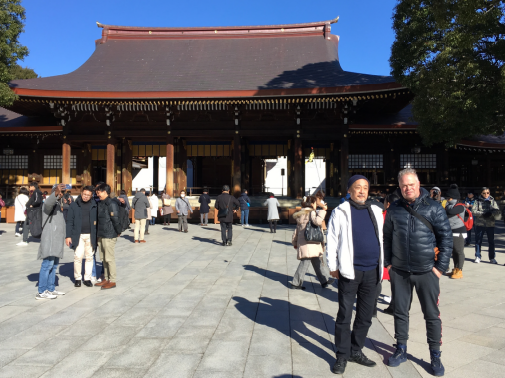 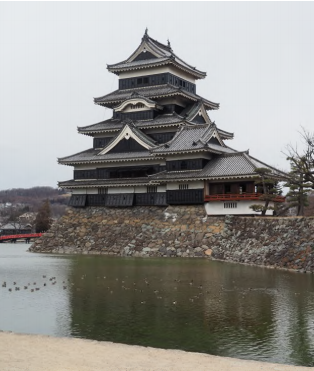 Tenshukaku of Matsumoto Castle with the Tsukumi Yagura (Moon Viewing Tower) to the right, Matsumoto